Every organization must organize initiatives to help specific members of a community worldwide. A community is not called a community for anything. It means that you have each other’s backs.

One way to do this is to identify all pressing issues of every community member and come up with a way to help support them when they deal with such problems.

For example, a community must have a list of all organizations that can help them if members need assistance with medical needs. Community members can also put together a list of organizations that offer free legal advice. Institutions that provide affordable legal services like a bail bond company must also be included if someone gets implicated in a crime and needs help.

When planning for initiatives like this, don’t forget to include all members of the community, especially the elderly. Suppose you are interested in knowing what your community can do for the senior members. In that case, you have to identify the most pressing issues they face.

Loneliness has detrimental effects on both the physical and mental well-being of the elderly. It can usher the onset of dementia much faster and affect cardiovascular health. Prolonged isolation can also cause depression.

Aside from loneliness and isolation, another issue that affects the elderly is adjusting to life at retirement. Most of them have spent decades in their chosen field. And now, they have to find new things to be busy with. A sudden change in routine, especially one that has been part of someone’s life for a long time, comes with physical and emotional adjustments.

As people grow older, their bodies change. Illnesses kick in once they pass the age of 50. Most chronic diseases include stroke, diabetes, and heart diseases.

They are also prone to physical injury because they have less visual acuity and less stable motor skills. In fact, falls are prevalent. 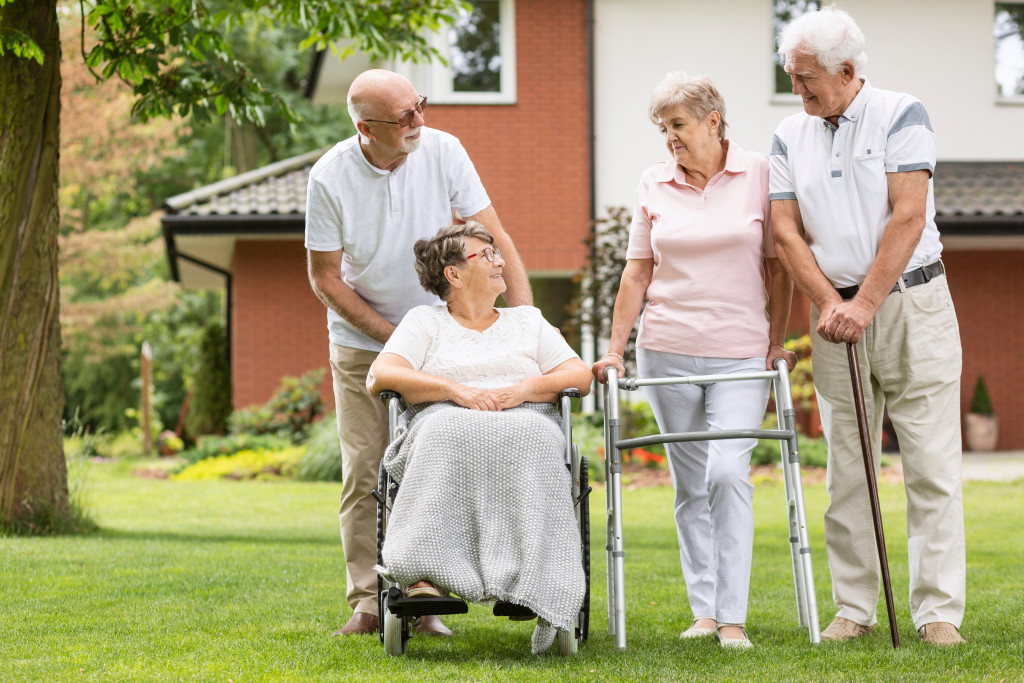 The Need for Age-friendly Communities

As the world evolves, the world should not forget senior citizens. Every community should be age-friendly. Government officials should include the welfare of the elderly in policies.

Most especially, organizations must utilize technology to make their everyday lives easier. This is precisely what an age-friendly community in Leeds in the United Kingdom did when the pandemic came. You can take notes and apply what they did to your community.

Knowing that isolation and loneliness have negative consequences to seniors’ health, they had to devise a way to keep the members connected. In the beginning, they checked on the elders through phone calls and doorstep delivery of goods like food and medicine.

They eventually decided to move their services online, which included the use of Zoom. The most anticipated problem came in: the elders who wanted to join did not know how to use Zoom. In fact, most of them had never tried a video call before, although they had access to a smartphone or a laptop.

At first, their solution was to give written instructions to the members who wanted to join. This didn’t pan out exactly as they wanted it to. They eventually thought it was better if there was one-to-one training. So they did give one-to-one training by teaching the senior members how to operate the app over a phone call.

This is how they started their virtual coffee mornings. All the activities they had done face-to-face before the pandemic moved to Zoom. They had scheduled chats over coffee in the morning. Then they would also have quizzes, IT classes, health checks, and events with invited speakers.

Following the success of their virtual morning meets, they arranged for night sessions as well. They even launched a program where other members could lend devices to members who wanted to join but didn’t have the gadgets.

This event, born out of lockdown, became a massive success. Eventually, the members wanted to continue using virtual meets even when it’s safer to meet face-to-face. They thought the program would come in handy, especially during difficult seasons like winter.

This successful program by the community in Leeds is proof that technology can bridge any gap. Even if it means teaching seniors how to launch a video conferencing app for two minutes per session, hopefully, the world will see more of this.