Non-profit and charitable organizations operate practically everywhere, and they are easily among the world’s most recognizable names with the contributions they make, particularly in poor countries. In terms of monetary contribution, the 100 biggest charities in America chipped in some $49 billion over their last fiscal years. No. 1 United Way, for one, made a staggering $3.6 billion worth of charitable donations during a fiscal year that lasted until the 30th of June 2020. The figure accounts for a 9 percent increase in the 1,300-strong national non-profit network.

Meanwhile, in 2016, the non-profit sector contributed over $1 trillion to the American economy, which was roughly 5.6 percent of the U.S. gross domestic product for that year. Some 1.4 million non-profit organizations were registered with the U.S. Internal revenue services (IRS) also back in 2016.

These data only show how wide-ranging and substantial the contributions of charities and non-profits are to economies not only of the U.S. but also of other countries across the globe. If you belong to a non-profit organization and you’re currently in the hiring process to improve your operations, you should be wary of certain hiring mistakes that numerous recruiters commit. Here are some hiring blunders that you must avoid:

While it’s not against human nature to be wowed by a curriculum vitae (CV) with all the bells and whistles, what’s not acceptable is hiring someone solely or greatly on the basis of what’s written in it. Sure, a candidate has a sterling academic record and some post-graduate degrees to boot, but those credentials mean nothing if the person’s character and fitness for the job are both questionable. Factor in a candidate’s credentials but never make them the only basis for hiring.

2. Not doing a thorough background check on the candidates.

This one is closely connected with the first mistake. Not only is taking an impressive an impressive CV at face value a big mistake, but an even bigger mistake also is not doing some research into the candidate’s background. This should not be the case, since there are tools such as a pre-employment integrity test and the good-old phone call to delve deeper into a potential hire’s personality through a thorough background investigation.

3. Failing to craft a clear and detailed job description.

Your candidates deserve to know what they’re specifically meant to do in your organization. One of your jobs as a recruiter is to craft a detailed job description with clear definitions of deliverables, credentials and personal qualities needed, and other relevant pieces of information that would help candidates make a personal appraisal of their fitness for the job you’re offering.

4. Prolonging or rushing the hiring process. 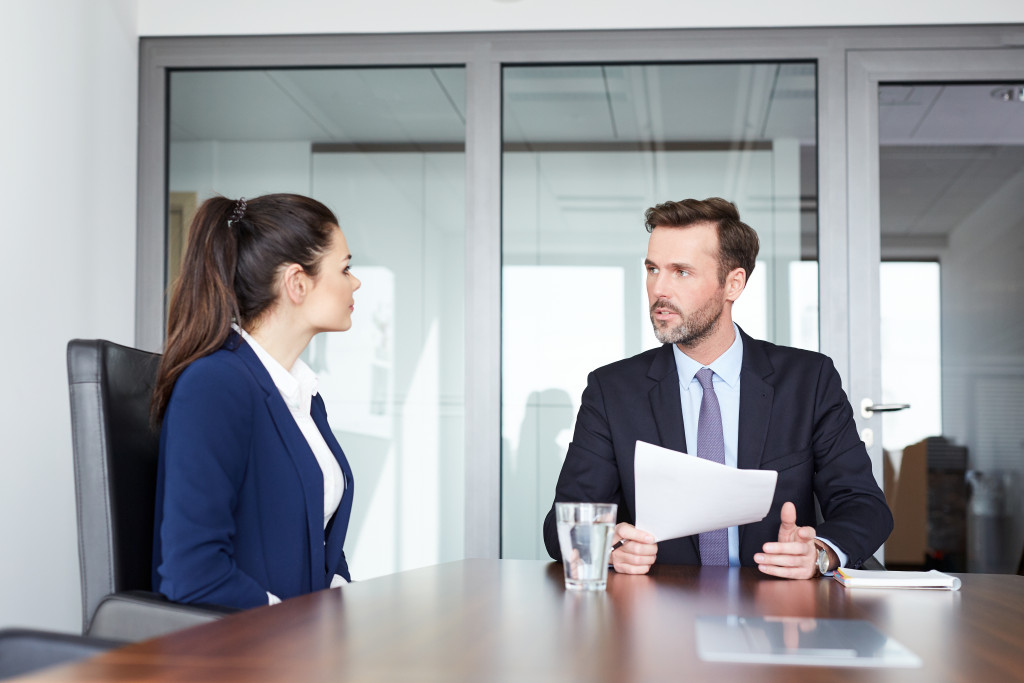 Quite many recruiters either take too long to hire or they hire too fast. Both of which can be something that will backfire in the end. When making a job posting, be clear about the length of your hiring process so candidates will know how long they have to wait before getting a definitive answer about their application.

Another huge mistake that you must avoid at all costs is allowing your personal biases to cloud your judgment on the right candidate to hire. These biases include race, religion, gender or sexual orientation, and age, among others. If you would hire or not hire someone based largely on these biases, then you’re making a terrible blunder that would come to haunt you eventually.

Do you really need to hire people from outside your organization for a vacant position or is there someone within who is perfect for it? Before you consider hiring externally, always first consider looking within your organization for someone who might fit the bill perfectly. This way, you’re motivating your employees about potential promotions, plus you won’t have to worry about loyalty.